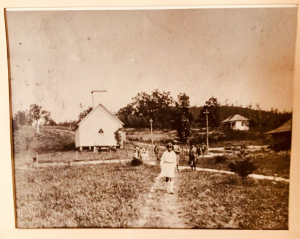 On August 20th, 2017, we gathered with friends and family, former pastors, and members of our Avery County community to celebrate the 100th Anniversary of Newland Presbyterian Church with gratitude to God and to one another, remembering with love the members, past and present, of God’s family in this place. This time of worship marked our anniversary in the most appropriate way as we sang and prayed in the Spirit, read Scripture and offered ourselves once again to Almighty God. How often we have met Christ when gathered before his Word and around his Table!

In the Spring of 1912, five years previous to the organization of the Newland Church, The Rev. Edgar Tufts of Banner Elk, NC, Presbyterian minister and founder of Lees-McRae College, Grace Hospital, and Grandfather Home for Children, in company with Mr. RE Piercy, Sunday School Extension Worker sent by the Commission of Religious Education of Richmond, VA, tramped 9 miles, leading their horses, from Banner Elk over the hill to Newland, then called “The Fields of Toe” river.

Just before reaching the foot of the hill where our sanctuary now rests, they sat down on the grass overlooking this open field and ate lunch together, dreaming of a day when a Presbyterian Church might be born in this community.

And so it is that by God’s grace, Newland Presbyterian Church can trace its very beginning to a meal shared in the presence of Christ. And by God’s grace, the Lord has empowered us as we have continued, year after year, to seek his sustaining Word, gathered around his Table, receiving there The Bread of Life.

This abundant life has been carried into our own homes and then shared at our own tables, spilling over, at every turn, into our community. As we share our history of Christ’s faithfulness through the years, we do so as a way to invite you a bit deeper into our life together with Christ. And more importantly, we invite you to the Table, the nourishing source of life itself.

Early in our history and before the building of a church edifice, preaching services were occasionally held by the Rev. Tufts in Squire Clay’s store. Newland, at this time, consisted of only five buildings: the home and store of Squire Clay, the homes of Mrs. Emma Burleson, Mr. William Banner, the old McConnelly log house, the contractor’s office and saw mill. Realizing that a church building was needed, the congregation began to raise funds. Banner Elk Presbyterian Church, also started by Rev. Tufts, made the first donation for the Newland building. It was a gift of $40.

By 1913, a rough building had been erected, covered only with storm sheeting and having no floor except the first rough flooring. Planks were laid for seats and a Sunday School was organized by Mr. Piercy, who, for four years, walked from Banner Elk to Newland and returned home every Sunday. Often leaving an hour before daybreak, Mr. Piercy would finally make it home again sometime around 9pm. This 20-mile trek was often through deep snow, through fields and along parts of old roads and sheep paths, because at this time, there were hardly any roads and only a few trails over the mountain. Mr. Piercy’s commitment to our early congregation made possible for us a strong start.

A quarter century later, by the grace of God, much progress had been made. The church had called Rev. E.F. Camp in the year 1927, and under his direction much good was being done both in the church and in the community. Within the church, 213 members had been added to the church roll since its founding, 63 by letter, 152 by profession of faith. Several of these had been dismissed to other churches, some had passed into glory, and others retired, such that, by 1939, there were 117 resident members. 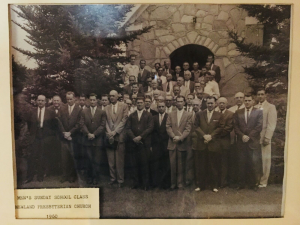 But the church was not content to sit within the confines of its own property. Afternoon Sunday Schools were being regularly held at 3 of Newland Presbyterian’s missions. One was located on Blevins Creek and led by Rev. Camp. The other was to be found on Smokey Straight, and was conducted by Mrs. Camp. And, Ragland Fletcher had been conducting a Sunday School out of his own home on Cow Camp road for about a year. This gathering would soon become Fletcher Chapel, and eventually Fletcher Presbyterian Church.

These early years established a pattern for us as a congregation. Passionate men and women, led by the Spirit, would enter into a nearby community and invite people to gather around the Word, to hold a Bible study. Sometimes this study would begin in a home, as it did for Ragland Fletcher. Other times, folks would simply agree to meet under a tree at the edge of a field, and they would take out their Bibles, and eat whatever snack they had at hand, inviting their friends back the next time, until God gathered up enough people to start a new congregation. Eating, fellowship, and time spent in the Word centered the life of our church and mission.

And so it is that as we who now constitute Newland Presbyterian Church in the year 2017, enter into the next 100 years of the life of Jesus Christ in this church family, we do so eager to mark the significance of this moment. We do so eager to recognize the work of the many who have gone before us, giving thanks for the high calling that they have passed down. We do so eager to hear the call of Almighty God as He sends us, over and over again, into this community that has gathered up around the Toe River. And we go, eager to gather people around the Word of God, who is Jesus Christ, and to lead them to his life-giving Table.

To God be the Glory! 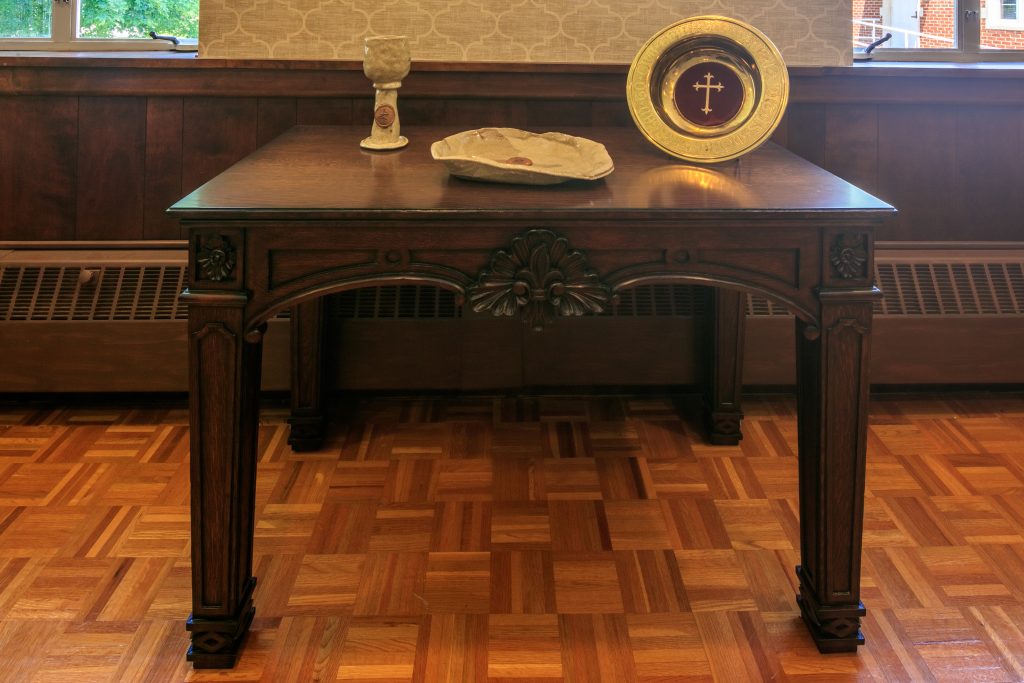